The first member of the PRUNIER family to start in Cognac Brandy trade was Jean PRUNIER (1665-1732), a « freeman » of La Rochelle (the main port in those days) and a renowned Cognac expert, who began shipping his wines and Cognacs across the world around 1700.

The family remained in La Rochelle and he was succeeded by his son Gabriel PRUNIER (1711-1790) and his grandson Jean PRUNIER (1741-1804). Having acquired vineyards in the Cognac district around de St-Jean-d’Angély, François PRUNIER (1768-1843) moved to the town of Cognac itself (in the early 19th Century) and started to build up the premises, where the Firm still stands today.

This move to Cognac was in fact finalised by another Jean PRUNIER (1816-1872). He had three sons: the first, Alphonse PRUNIER (1850-1918) became head of the family and took in charge the general management of the Company in Cognac.

The second son, Marcel PRUNIER (1860-1916) lived in Central Europe where he acted for the Maison PRUNIER, spending most of his time between the capitals of Vienna and Moscow. The third son, Gaston PRUNIER settled in Australia where he established a branch of the Company based in Melbourne.

Alphonse PRUNIER died in 1918 leaving the PRUNIER family with no direct descendance. His widow, Camille, therefore called upon her nephew, Jean BURNEZ (1897-1969) who took over the management of the Company. He was succeeded by his son, Claude BURNEZ, who together with his sister, represents the majority share-holding of the Company.

Another generation of this main branch of the PRUNIER family now ensures the continuity of this family Firm, which over the years has acquired a long experience of the Cognac trade. 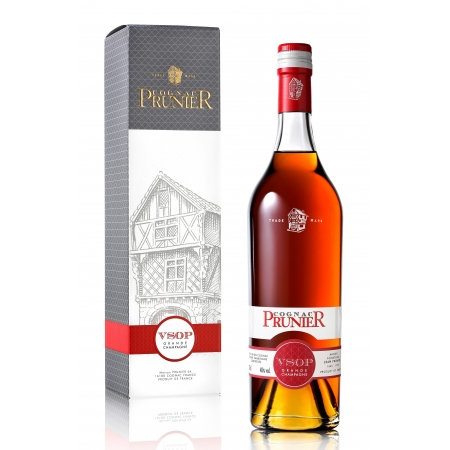 This cognac, from the best ‘cru’, at this age is balanced between the grape flavours of youth and the wood of the first years of ageing. 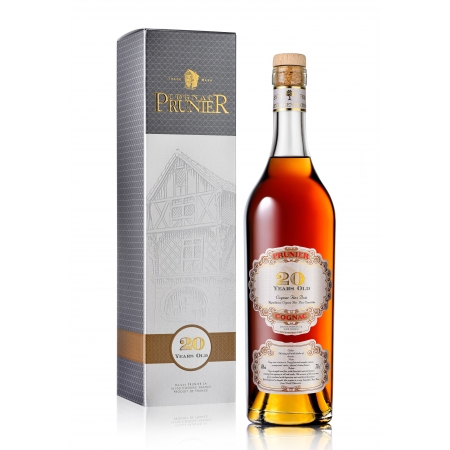 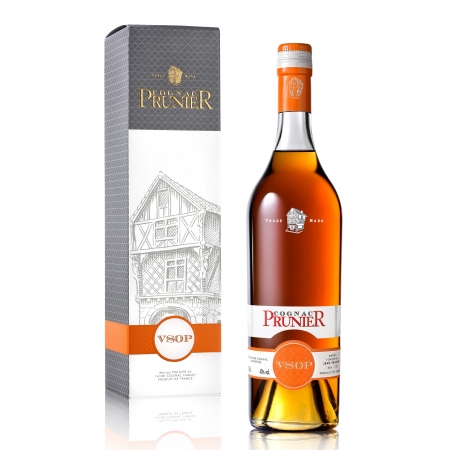 Cognac Prunier VSOP - We find the PRUNIER style in this Cognac, that is to say a Cognac very frank in taste, with already a good maturity for this product more based on the structure than on the fruit .... 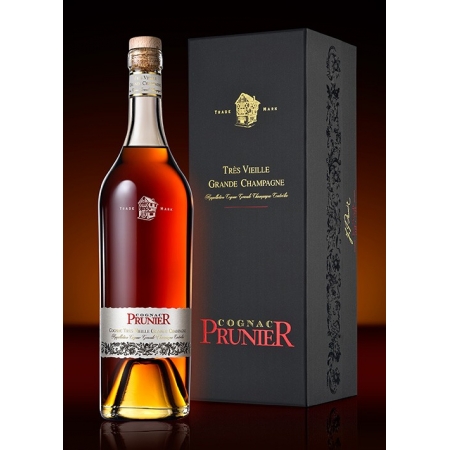 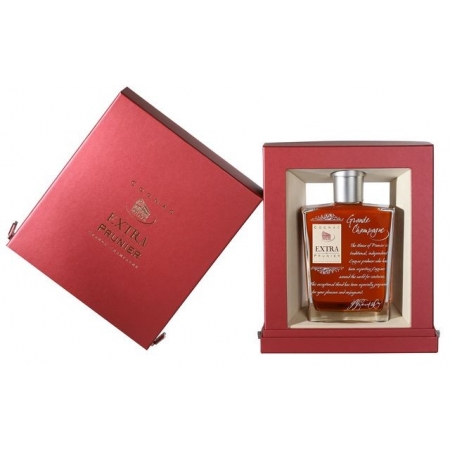 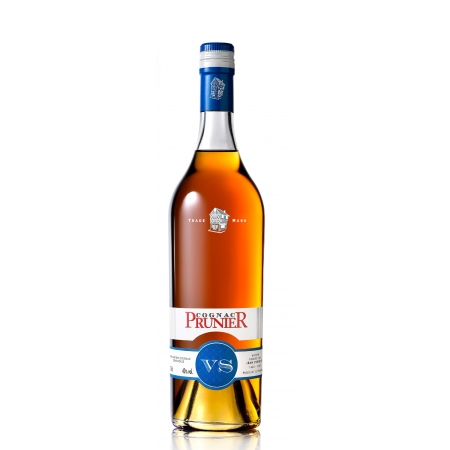 Amongst the different grades of cognac the VS quality is the youngest which can be sold after a minimum of 30 months in oak casks. 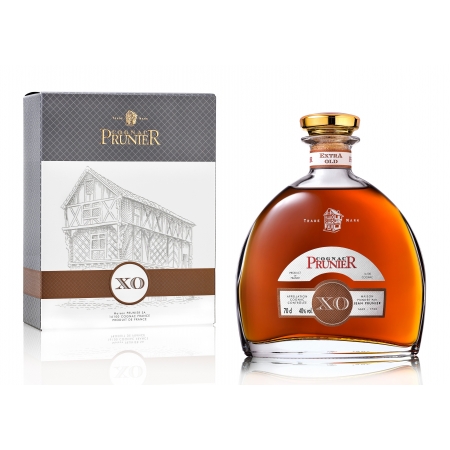 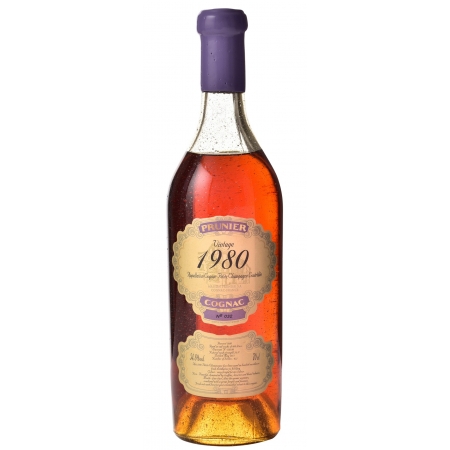 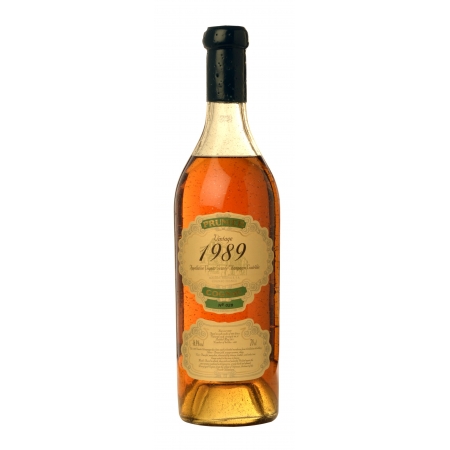 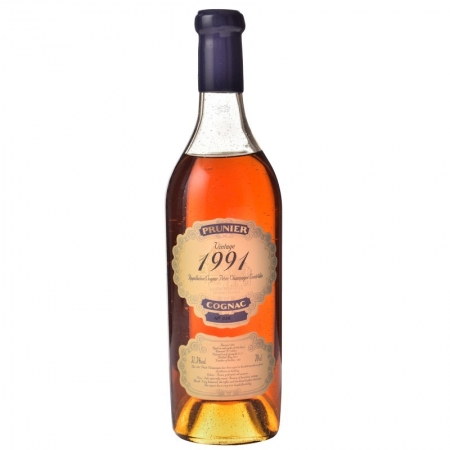 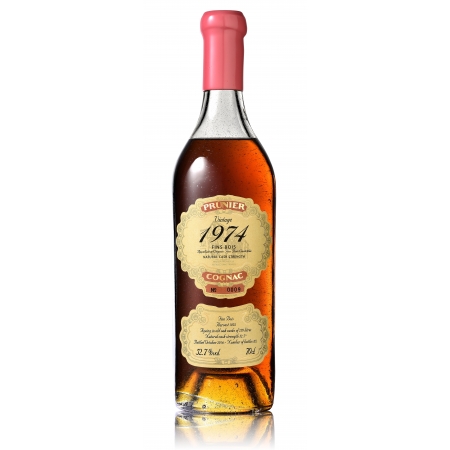 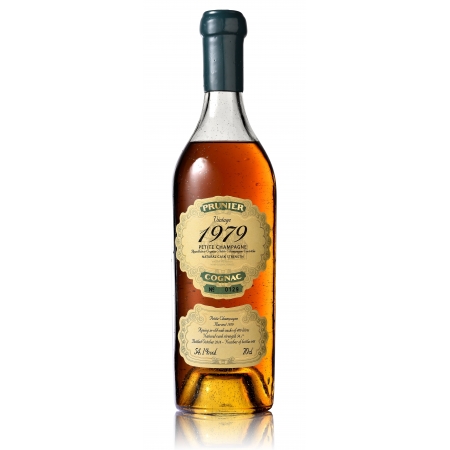