His interest in brandy went with him - in more ways than one - when he set off for Cognac in 1903.  As in most fairy tales, good friends are always welcome, and another Norwegian, Peter Anton Rustad from Ås in Akershus, was already established in the region. As luck would have it, he chose young Bache-Gabrielsen as his partner when they took over the firm of A. Edmond Dupuy in 1905.  This meant that Thomas was not just in the Cognac region, but in the cognac market too.  To cut a long success story short, Thomas married and won "the princess and half the kingdom".  Or very nearly.  He became son-in-law to an old wine-growing family, strengthening the firm and adding to its knowledge of wine production.  In 1916 Rustad died in a motorbike accident and Thomas continued on his own.  His connections with Scandinavia, and Norway in particular, were good.  Today Bache-Gabrielsen is one of the few remaining traditional, family-run cognac houses and occupies old, almost antiquated premises in the centre of Cognac.  When you go through the doors, it is almost like entering a Charles Dickens film from 1890.  Behind this façade the firm is ultra modern, as modern as it is possible to be when it comes to cognac, that is.  The cognac house is now run by Thomas Bache-Gabrielsen's great-grandson Hervé Bache-Gabrielsen, who recently took over the day-to-day management of the firm from his father, Christian Bache-Gabrielsen, who is now Chairman of the Board.  Norway remains the largest market, but if you ask for a Bache-Gabrielsen further south in Europe, you may have to ask two or three times, as the firm's cognacs are still marketed there under the name of Dupuy. 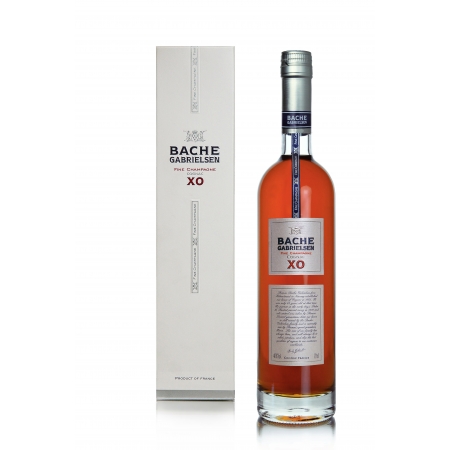 The name SERENITE has been chosen to reflect the peaceful feeling this unique cognac can bring to you. Presented in decanter The oldest elements of this pure Grande Champagne are from around 1917, while the youngest are from the 1960s.

Bache-Gabrielsen is marking a milestone as it exclusively debuts a first-of-its kind expression to the United States: American Oak – the first cognac ever to be aged in American oak barrels.

Cuvée Anna No. 99 is a classic VS with an aroma of grapes and elegant cask notes...

Cuvée Maria No. 99 XO is a blend from selected top distillers in Grande and Petite Champagne plus 80% Fins Bois...

This blend combines the vigour of its youngest «eaux-de-vie» with the first drops of a more mature Cognac. 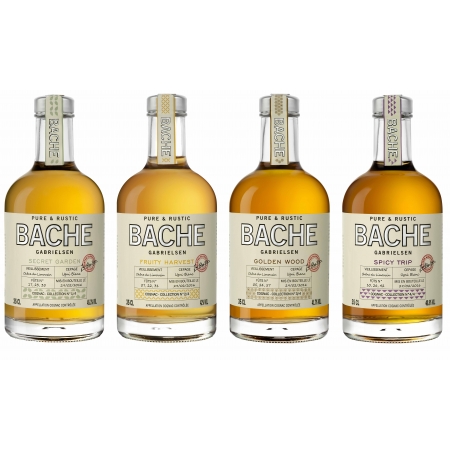 Exit the traditional codes of cognac, the concepts of crus and the mentions of age statements. It is time to understand what really defines cognac: flavors, taste and sensations : ECRET GARDEN, FRUITY HARVEST, GOLDEN WOOD and TRIP SPICY

For having aged more than 15 years in oak barrels, the Very Old Pineau from Bache-Gabrielsen... 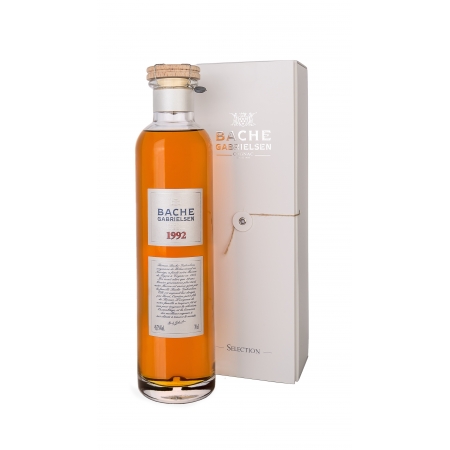