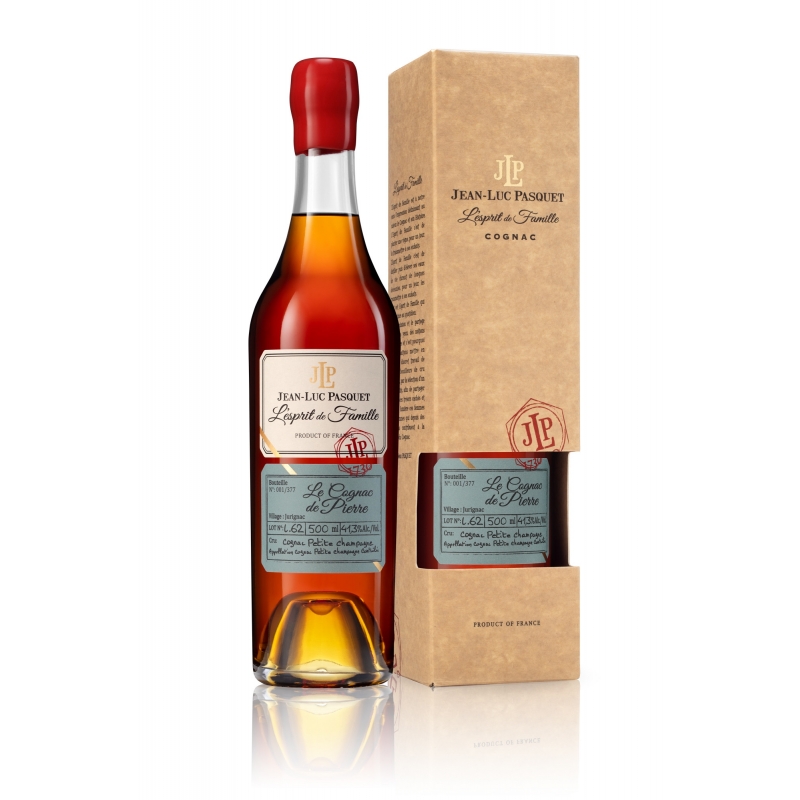 Le Cognac de Pierre, a Petite Champagne cognac has waited patiently to be bottled more than half a century in a humid cellar. It was distilled and matured by Pierre de Joyet, a wine-grower and distiller from the town of Jurignac. This cognac is as exceptional as the person who crafted it.

This Petite Champagne cognac represents not only the spirit of family, but also, of friendship. Count Pierre de Joyet was born into French nobility in 1921 and was governess reared in a Ruffec castle,

one of the family’s many properties. Perhaps their favorite was a thirty hectare vineyard, family owned since the early 19th century, located in Jurignac, Petite Champagne.

Pierre’s father, Henri, and his grandfather before him, had studied at the Ecole Polytechnique, among the finest higher educational centers in France. Although Pierre was most certainly intelligent, his

father had told him that he would never be equal to the task of learning there. Pierre did end up becoming a doctor, while simultaneously perfecting his English, Russian, German, Spanish, along with acquiring East Asian languages, as well. He subsequently served as a medical officer in the French forces before becoming the doctor on board the cruise ship, Ile de France, which transported

passengers on a Marseille to Dakar circuit. His medical knowledge was valuable, but even more so were his cultivation and manners, as he dined at the captain’s table every night along with the ship’s most prestigious passengers.

Meanwhile, back in his native Charente, the cycles of harvest and distillation continued under his father’s care. Upon Henri’s death in the 1960’s, Pierre and his younger sister, Thérèse, inherited the

Jurignac property. This cognac dates back to that transitional time period. Although they had no idea how to grow vines, nor distill wine to make cognac, they were certain they had a magical terroir.

The first vineyard manager they hired to help, only took advantage of their lack of knowledge. It became apparent they needed to find another, honest manager to direct their staff.

For that purpose Pierre turned to Jean Glemet whom he had met while purchasing a plot of vines that had previously been in the de Joyet family. Jean accepted this unusual proposition from this most exceptional person. While agreeing to the position in the late 1990’s, it must be noted that Jean already owned a vineyard in Malaville which he was managing with his brother, Roger. The two

brothers became close friends with Pierre, not only aiding him with his vineyards, and also maintaining good family relations with his sister, Thérèse (who was loosing her sight), and Therese’s husband (who had varying ideas for the vineyards they owned jointly).

Ultimately, they expanded the vineyards from 30 to 40 hectares during this period and nursed them back to health.

In 2014, Pierre passed away at the age of 92; he was predeceased by his younger sister who had suffered poor health for quite some time.

He passed the vineyards down to Jean and Roger Glemet, who had cared for his vines, as well as their owner and curator of these cognacs.

The Glemet brothers had planed to reopen the home of the de Joyet family with a brand honoring him and his noble ancestors. But with no children of their own to succeed them, the brothers have decided to sell the beautiful, painstakingly-restored property. The renovations of the family manor, as well as the vines surrounding it, remain an attestation of the friendship between the Glemet brothers and Pierre de Joyet.

Cognac de Pierre was taken from the barrel on February 12, 2021, filling 377 bottles. Other private labelings have been created with three of the four remaining barrels from the same vintage year, which the Glemet brothers had been saving for their brand. 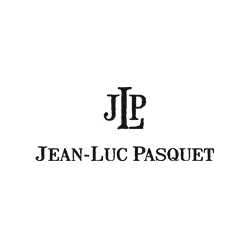