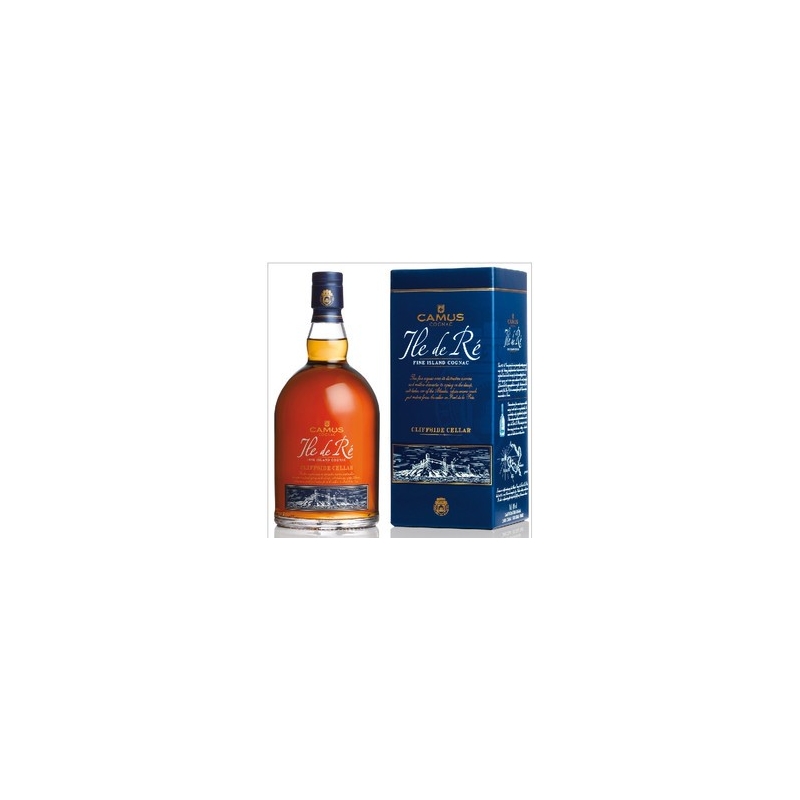 CAMUS ILE DE RE FINE ISLAND COGNAC CLISSIDE CELLARD Camus XO has now been replaced by the same matured cognac, but with a very special finish to it, namely by exposing it to the influences of the sea from the Fort de La Pree on Ile de Ré...

The Camus Ile de Re series is a great success! Because of this success, the Ile de Ré XO is adjusted so it can better be described as a Ile de Ré Cognac.

Ile de Ré is a small island off the coast of the Cognac region, which is also a part of the Cognac region, Cognacs from this island are because of the sea influences, saltier and more maritime than Cognacs from the mainland. It is good to have these differences within the Cognac-region!
Unfortunately much (sea) flavors vanish because of the maturation, to keep as much eccentric flavours a spirit should not matured for a long time. The extreme flavors are simply flatter and softer through maturation.

This was also the problem of the Ile de Ré XO, it was simply not special enough to describe the taste as Ile de Ré. The characteristic flavors were lost because of the aging in oak. Preference went quickly out to the younger Double Fine Island and matured Camus Cognacs from this series.

To solve this, Camus looked at the Whisky industry, which uses “finishes” quite often with barrels. Finishing is the procedure that some single malt Scotch whisky undergoes whereby the spirit is matured in a cask of a particular origin on one location and then spends time in a cask of different origin or location.

Camus XO has now been replaced by the same matured cognac, but with a very special finish to it, namely by exposing it to the influences of the sea from the Fort de La Pree on Ile de Ré.

This fort is also known as Cliffside, because it is situated right on a cliff. 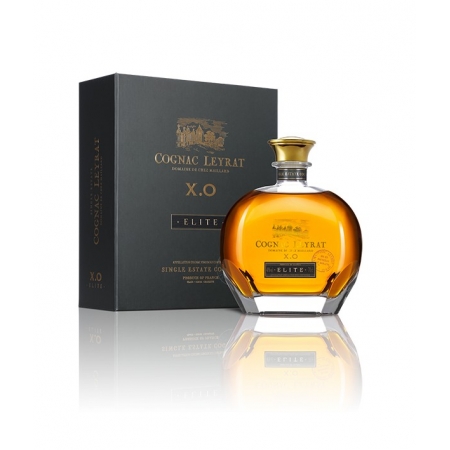 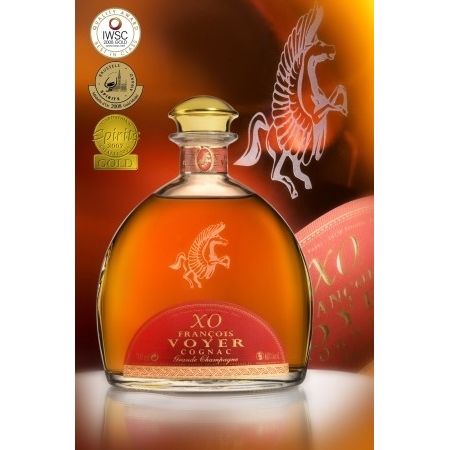 This XO is renown for its elegance and delicacy and stands true to its Grand Champagne pedigree. The long aging process has embossed upon it an affluent aroma full of vanilla... 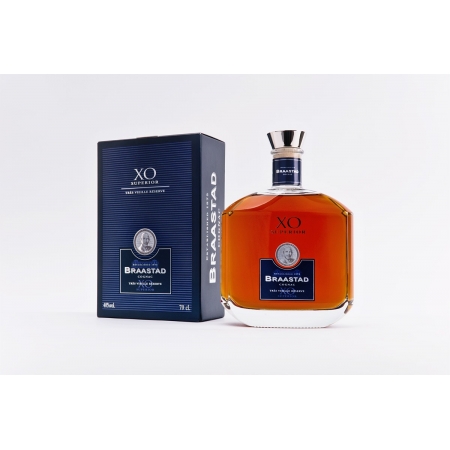 XO Superior Braastad : the result is a cognac that is very rich and powerful, yet harmonic and balanced. 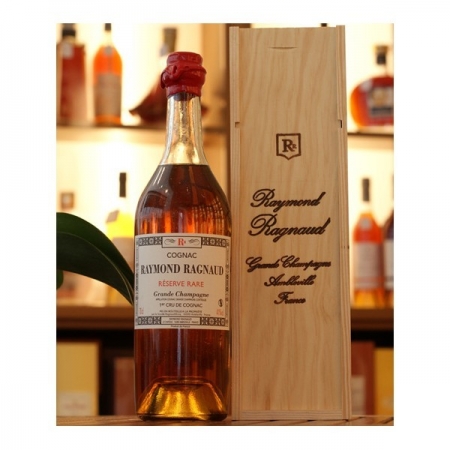 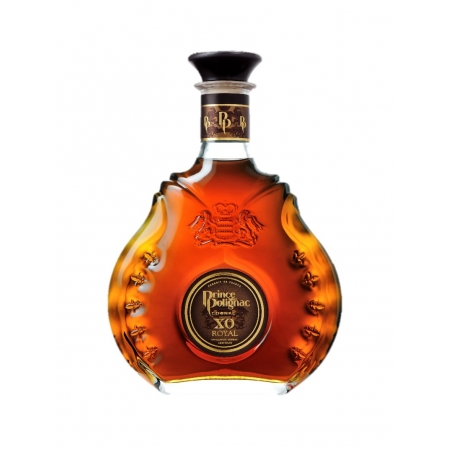 A voluptuous and amber blend of Grande Champagne and Petite Champagne epitomizes the style of the XO ROYAL. An exquisite union of delicate fruity notes, almond and gingerbread. Its long lastingness flavours are constantly maturing with time and enriched by tannins, liberating spicy, tropical and woody aromas. 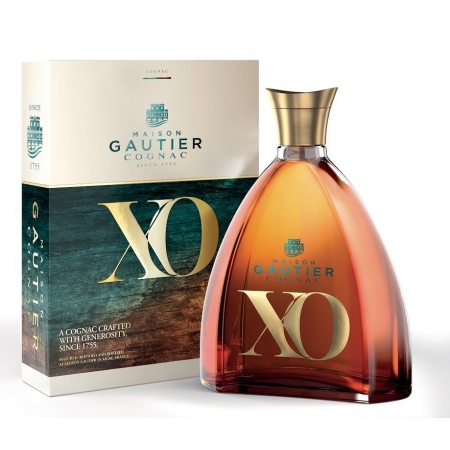 Floral aromas with hints of toast and cinnamon. The XO is a subtle, round and harmonious Cognac. On the palate, the taste explodes with all the aromas of candied fruit in a generous, mellow and particularly harmonious blend offering all the splendid length which is so characteristic of old Cognacs. 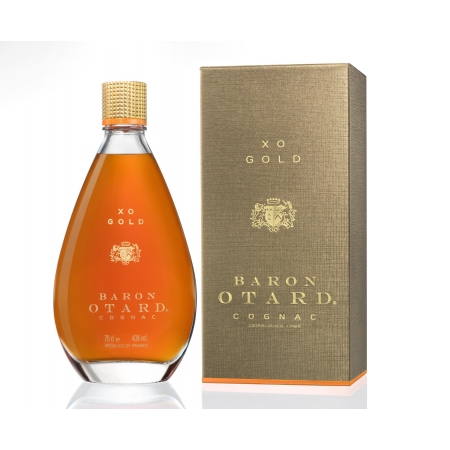 The personality of BARON OTARD XO Gold is expressed through the perfect balance of the blend of the finest growths... 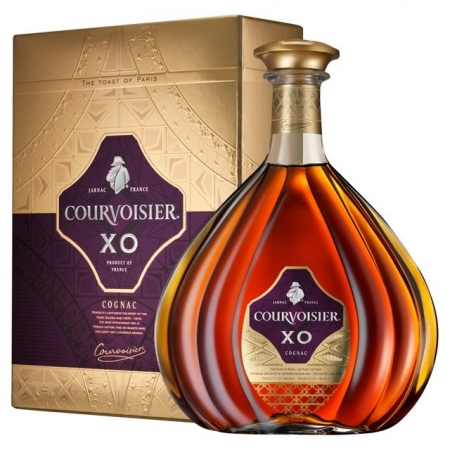 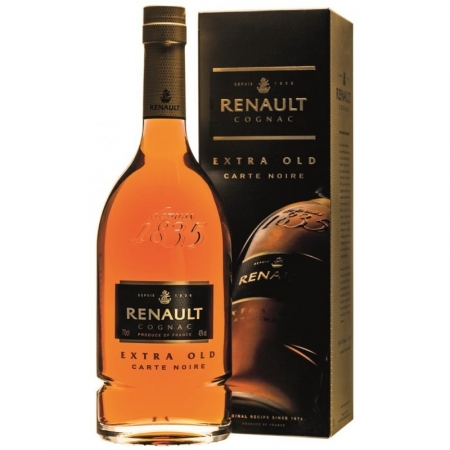 Cognac Renault Carte Noire Extra Old : The iconic blend was created in 1876 – making it one of the oldest cognac recipes still in use. 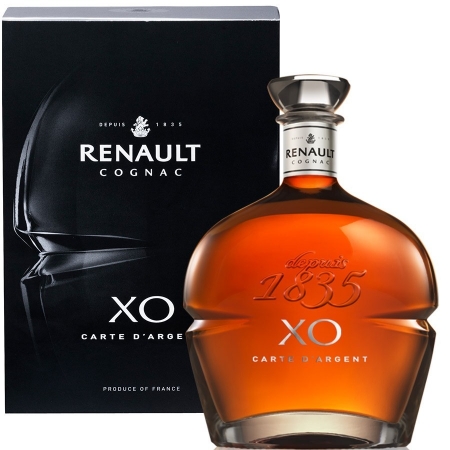 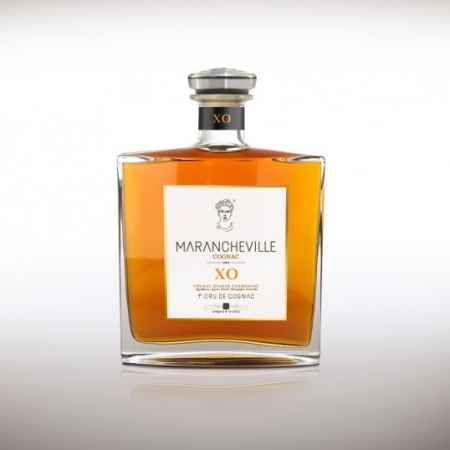 Cognac Marancheville XO 30 ans :A subtle blend of our best barrels.Combining finesse and complexity, this cognac which is more than 30 years old offers a wide range of aromas.Patience is the key to enjoy all the notes of this blend. Releasing its aromas over time, it is a real invitation to travel to Grande Champagne… 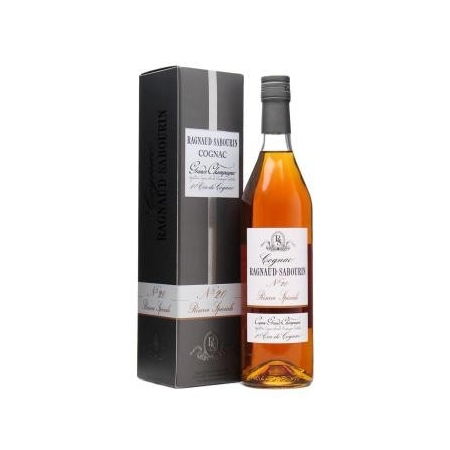 Cognac Ragnaud Sabourin Réserve Spéciale N° 20 - Grande Champagne The maturing of tannins lends the Cognac all its fullness and smoothness on the palate... 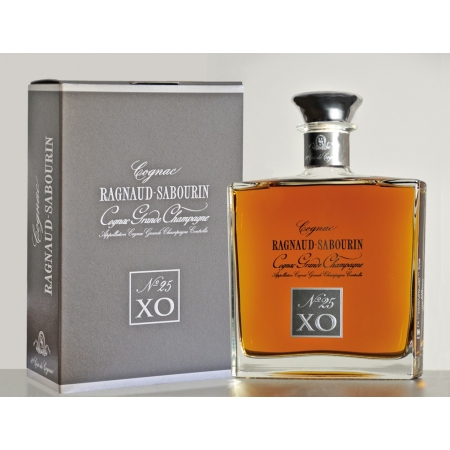 Cognac Ragnaud Sabourin XO Alliance N° 25 - Grande Champagne This Ragnaud-Sabourin Cognac family will arouse the curiosity of connoisseurs who will appreciate its richness and smoothness on the palate... Presented in decanter 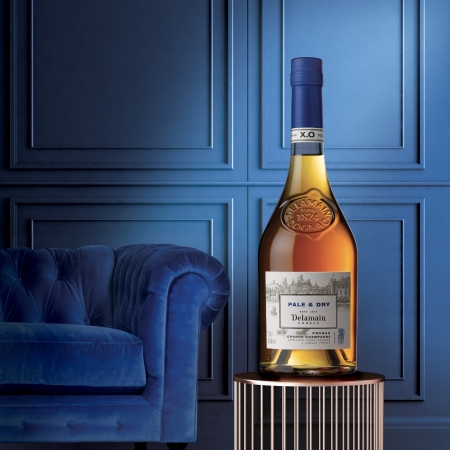 Cognac Delamain XO Pale & Dry - Grande Champagne Pale & Dry, "Pale" because it is much paler than other cognacs of this age due to the natural pale colour of the cognacs used in the blend which are all matured in old casks and "Dry" because it has only its natural sweetness. 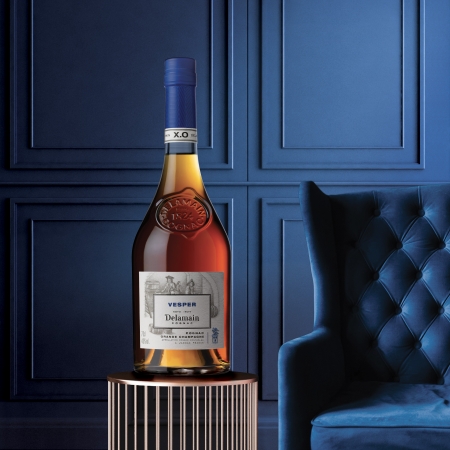 XO Vesper Cognac Delamain - Grande Champagne Vesper, from the sixth canonical hour celebrated each late-afternoon in song to reflect its richness and the worshipful sense it imparts. 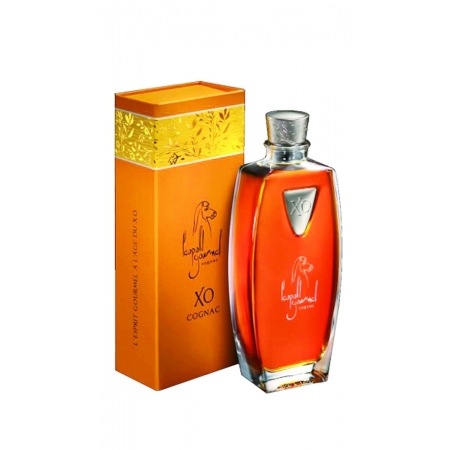 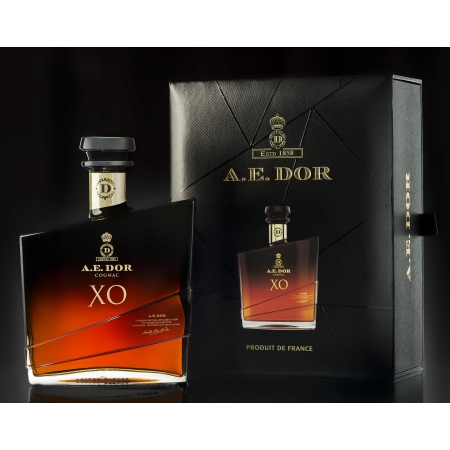 Elegant and delicate, this admirable cognac reveals a complex and well-balanced bouquet progressively to both the nose and the palate. Flowery tones, honey and vine canes... 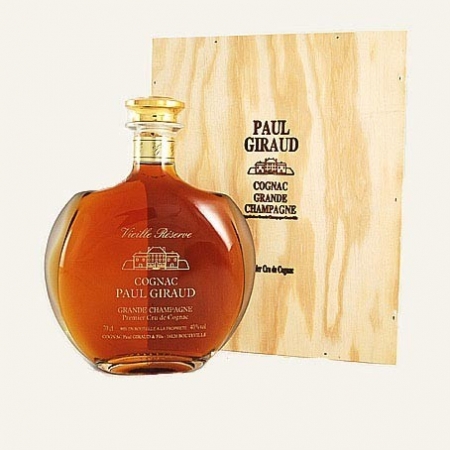 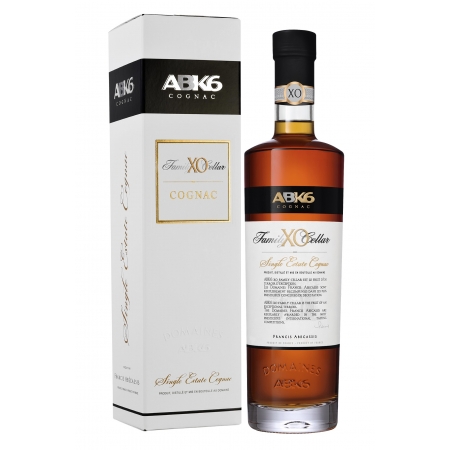 The nose displays aromatic richness with dried fruit and nuts and the liquorice aromas typical of well mature Cognacs. It develops towards the spice and characteristic fruit pastry notes which are our signature... 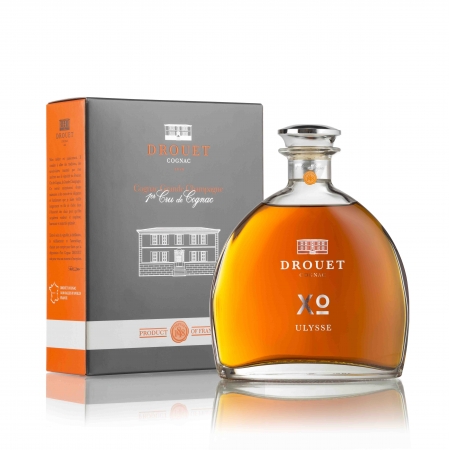 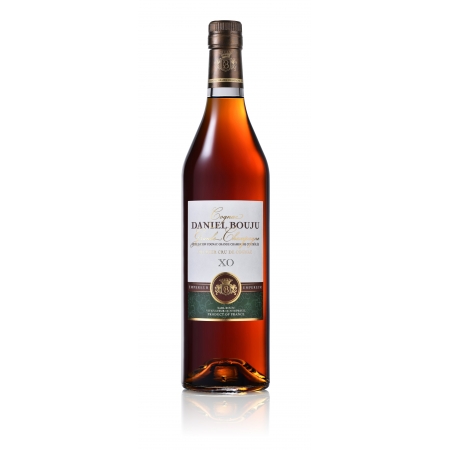 Scents of nutmeg, clove, cinnamon, vanilla and prunes that add to a remarkable length on the palate. The range of perfume tastes is united and nothing comes disturbing it while tasting... 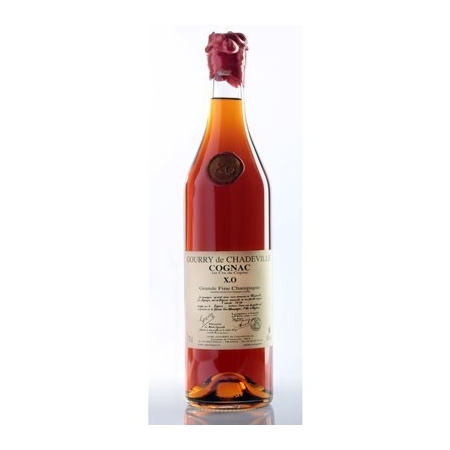 Its nose has a large variety of aromas, which reveal themselves with hints of vanilla, chocolate and curry… then jasmine and narcissus. The perfumes of candied fruits, saffron, ginger and honey mix... 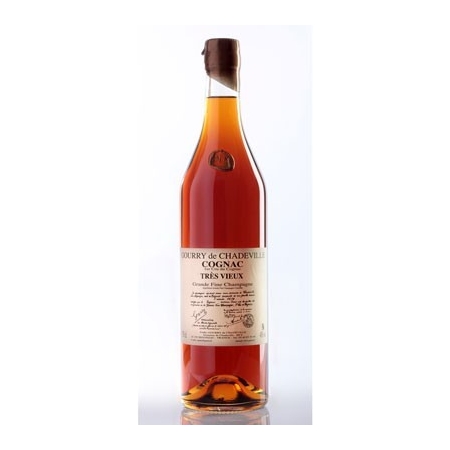 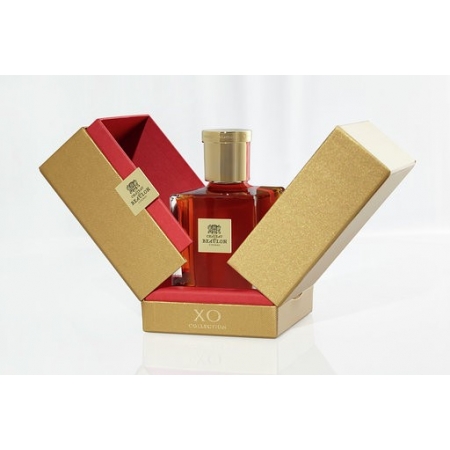 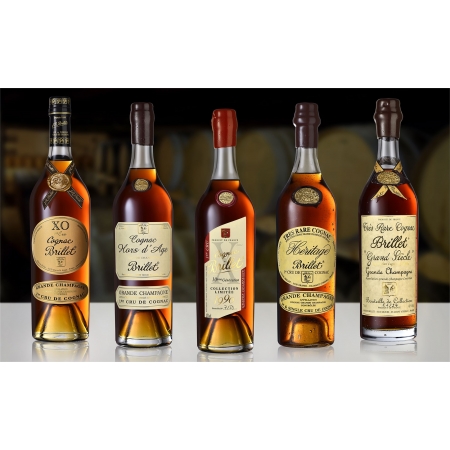 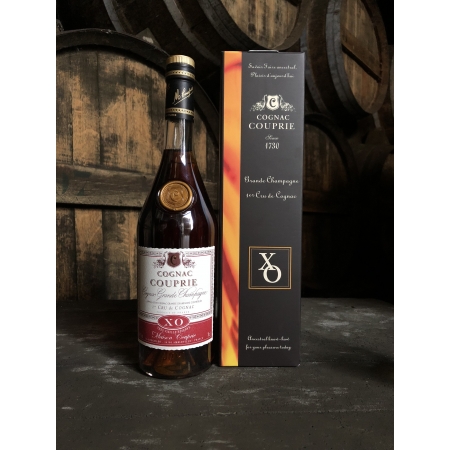 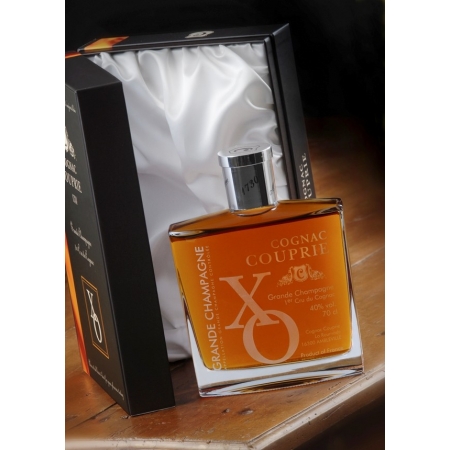